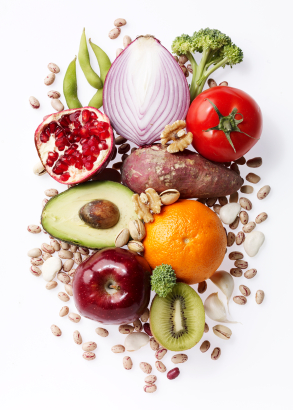 “I’ve been to see lots of nutritionists but Jackie is the only person who’s managed to break a lifelong daily chocolate habit that was piling on the pounds. Not only that, I’ve got tons more energy, look leaner and feel fantastic. Her service is outstanding. All that’s discussed in the appointment is summarised and sent via email the next day and everything she’s suggested is not only realistic but gets results. I’d highly recommend her to anyone looking for the very best.”
Tracey, 49

“I am just disappointed I didn’t go to see Jackie after I gave up rugby about 15yrs ago! Since then I have pretty much worked a city based job, which when not at my desk during the day, I was dining at (and enjoying) Michelin starred restaurants with clients, and boozing with friends!!! I went to see Jackie about 5 months ago. I was about 15 stone and hadn’t realised I was living on refined carbs. About 3-4 months later I had lost a stone in weight and had changed my diet around foods that I very much enjoy, but are actually good for me! I really love my food and I continue to eat in a ‘robust’ fashion! I also had regular indigestion problems which have just disappeared! Jackie tells me I will continue to lose weight in a gradual, healthy fashion if I continue on the current path, which I think is important as I head into my 40’s next year…..and lets face it, it beats going to the gym!!!”
Brendan, 39

“When I arrived at Jackie’s door I was in a bad way – and that’s putting it mildly!  I was riddled with candida, exhausted all the time, and struggling to find anything that I could eat without it causing some sort of reaction!  Through Jackie’s careful, thoughtful and inspired advice and help, I have been transformed into a healthy active mother of four.  Quite simply, Jackie has changed my life.  Thank you. “
Clare, 47

“I have struggled for close to 20 years with night sweats, hot flashes and insomnia contributing to real difficulties affecting my life and mood. The programme Jackie created for me cut the symptoms in half within the first 6 months and has now almost eliminated the problems that I have had to deal with for so long. Really there are no words, to express how good it feels. I have truly begun to feel like myself again.

Jackie has gone the extra mile to provide support internationally since I was working as a humanitarian volunteer in Central Asia while trying out the new programme. She is caring, capable and competent to manage issues even at international distances. Impressive and so incredibly helpful.”
Jamie, 59

“I cannot recommend Jackie highly enough. I had been getting short dizzy spells for months and had seen several consultants who thought it was to do with my ears. It was really disconcerting and had got to the point where I thought I’d have to stop driving. I met Jackie who suggested it might be related to a nutrient deficiency. With a few very simple, sensible and practical tweaks to my diet the dizzy spells completely went. Jackie is really approachable and doesn’t try to turn you into a health freak who is impossible to have round for dinner. She is very pragmatic, and explains things clearly and simply so you understand the causes and feel able to manage things for yourself. ”
Claudia, 38

“For years I struggled with constantly waking up fatigued, even after a good night’s sleep, and a “spare tyre” that would not go away.  I found these symptoms defeating and inexplicable since I exercised regularly, and thought I ate healthy meals. After a nutritional consultation with WellWellWell and putting in place Jackie’s bespoke recommendations, I have more energy, and discovered I do have abdominal muscles.  I wish I had sought a nutritional therapist’s advice years ago.”
Patrick, 48