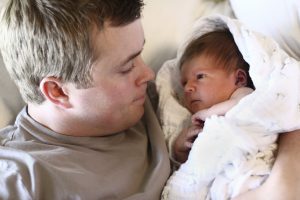 Of the 15% of couples who experience delayed conception when trying to start a family, almost half of these are due to male fertility problems. A 2008 study reported that 1 man in 20 will suffer from sub-fertility.

Up to 80% of male fertility appears to be due to damage to sperm cells, and this can be due to a variety of causes.  It has been suggested that sperm production and quality has decreased in recent decades, due to cell damage that has been linked to environmental factors, such as pesticides or pollution, and lifestyle factors, such as age, smoking, stress, alcohol consumption, obesity and poor diet.

Cell damage manifests itself in two different ways: reduced sperm motility or a change in sperm DNA, and this has been directly linked to the oxidative stress caused by the factors mentioned above by overcoming the antioxidant protection that is found in semen. Sub-fertile men have been found to have lower levels of key antioxidants than fertile men.

Further research is underway to establish which specific anti-oxidants may prove to be the most effective in this area, and the study advises contacting your doctor or other health professional before taking antioxidants to support fertility.